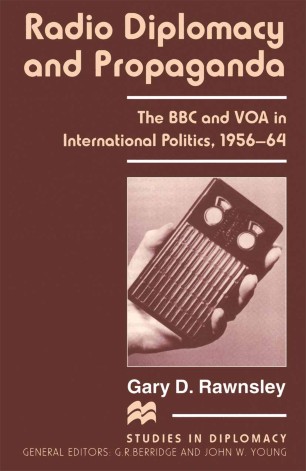 The BBC and VOA in International Politics, 1956–64

Part of the Studies in Diplomacy book series

Radio Diplomacy and Propaganda investigates the role of international radio broadcasting in diplomacy during the Cold War period and, in particular, the contribution of the BBC and the Voice of America in the construction and projection of foreign policy, together with their role in the dissemination of international propaganda. In addition the radio broadcasts which were monitored in Britain and the US are scrutinized to ascertain how they contributed to the formulation of foreign policy objectives and reactionary propaganda.