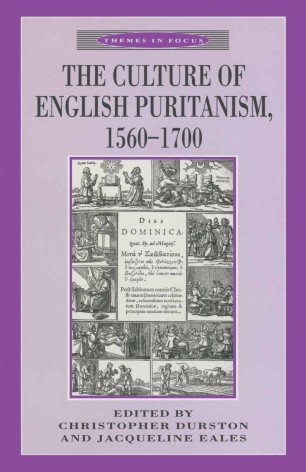 The Culture of English Puritanism is a major contribution to the debate on the nature and extent of early modern Puritanism. In their introduction the editors provide an up-to-date survey of the long-standing debate on Puritanism, before proceeding to outline their own definition of the movement. They argue that Puritanism should be defined as a unique and vibrant religious culture, which was grounded in a distinctive psychological outlook and which manifested itself in a set of highly characteristic religious practices.

In the subsequent essays, a distinguished group of contributors consider in detail some of the most important aspects of this culture, in particular sermon-gadding, collective fasting, strict observance of Sunday, iconoclasm, and puritan attempts to reform alternative popular culture of their ungodly neighbours. Other contributions chart the channels through which puritan culture was sustained in the 80-year period proceding the English Civil War, the failure of attempts by the puritan government of Interregnum England to impose this puritan culture on the English people, the subsequent emergence of Dissent after 1600