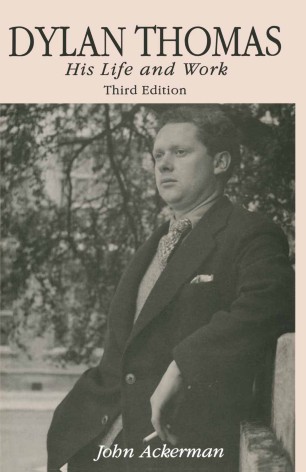 His Life and Work

`That brilliant commentator on Dylan, John Ackerman' - Andrew Sinclair, Dylan Thomas: Poet of his People John Ackerman's highly acclaimed study of the poems and prose works of Dylan Thomas traces his development as a writer, linking this for the first time with his Welsh background. The formative influence of Swansea on the young poet, his family roots in West Wales and the childhood visits to Fernhill farm and the nearby Blaen Cwm cottage are all included, together with the Boat House anhd Laugharne, the absorbing village life and the inspiration of its now famous land- and sea-scapes. The impact of Welsh nonconformity and the chapel, and the radical politics of Wales are also explored as important influences on the poet's career. The 1994 preface, together with the introduction, throws new light on later poems like 'Prologue', the poet's work in film, broadcasting, as reader and as lecturer, while his own newly-discovered words, sharp and witty and with a poet's eye highlight his life, times and craft. The kaleidoscope of his changing worlds is seen in his homes in Wales and England, and his need in each one for a separate place to write, whether the hillside shed in Laugharne or a gypsy caravan in Oxfordshire or Camden.