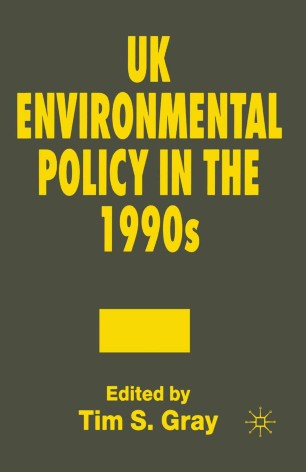 The central controversy running through this book is whether Mrs Thatcher's famous 'green' speeches of 1988 marked a fundamental shift by the Conservative Government towards environmentalism, or whether they were merely political rhetoric, designed to rule out a temporary surge of popular support for the Green Party. The conclusion arrived at is mixed: in some policy areas a definite shift has occurred, but in others it is 'business as usual'. An overall change of gear is still awaited.