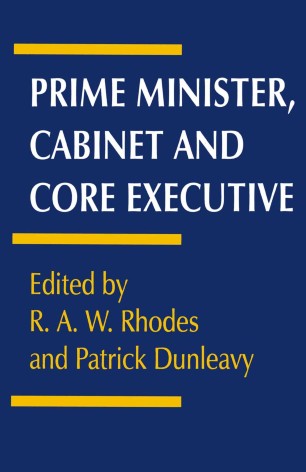 This edited collections brings together a selection of key readings to provide a timely reassessment of the workings of the British executive. It broadens analysis beyond the conventional and unhelpful focus on the relative powers of prime minister and cabinet to cover the network of institutions which coordinate policy and manage conflict. The key issue is whether any person or institution can effectively direct the government machine.

Part One surveys the current 'state of the art' in studying the core executive. Part Two illustrates the contribution of the contemporary historian to the study of the subject, focusing attention on issues of interpretation and method, and including authoritative accounts of the fall of Margaret Thatcher. Part Three provides original, theoretically informed case studies of the British core executive 'in action', including a distinctive reinterpretation of the Westland affair. Most unusually, it also provides studies rooted in the quantitative analysis of executive behaviour which document, for example, how present-day prime ministers avoid the House of Commons.

Rhodes and Dunleavey are the leading political scientists in the UK who pioneered the concept of the 'core executive'. This book brings together a set of key contributions to the debate they have fostered; it will significantly reshape the way government at the centre in Britain is studied.