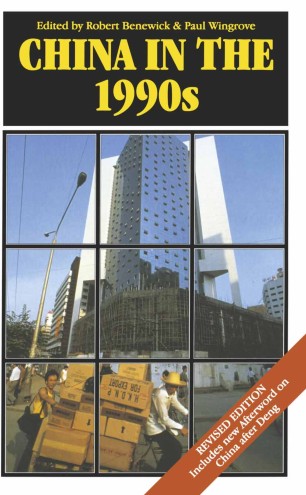 Although the scars of the urban protests of 1989 remain, China has moved on - dramatically so. Attention has focused on the rapid development of its socialist market economy but every aspect of Chinese life is also in a state of rapid change. China in the 1990s is a comprehensive survey of a nation in transition. In this accessible text, experts from Britain, the United States, Europe, Australia and Hong Kong introduce the economic, political, military, cultural and social achievements and difficulties to the student and general reader.