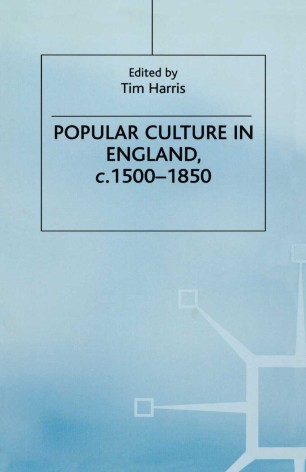 As scholarly interest in popular culture has grown, more and more British and American universities have been introducing courses in popular culture, now seen as an essential aspect of historical investigation. This volume answers the need for a book focusing on England (unlike Peter Burke's Popular Culture in Early Modern Europe (1978), and over a broad time period (unlike Barry Reay's Popular Culture in Seventeenth-Century England (1985)), which will fulfil it's aim of appealing both to specialists and students coming new to the subject. Tim Harris has assembled a very strong team of contributors who will ensure a very lively and interesting collection of essays.