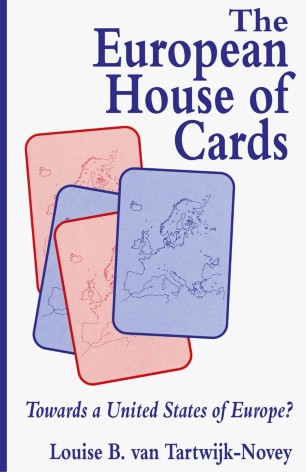 The European House of Cards

Towards a United States of Europe?

'...thoughtful, well-researched and intellectually stimulating...' - Martin Holmes, Financial Times The European House of Cards examines how the fall of communism in 1989 and the signing of the Maastricht Treaty in 1991 are affecting the present-day development of the European Union. The book argues that, with the end of communism, the decades-long discussion of furthering the levels of European integration has moved from the realm of grand idea to absolute necessity. The Treaty's adoption has marked the period within which Europe will move from nation-states to a United States of Europe.