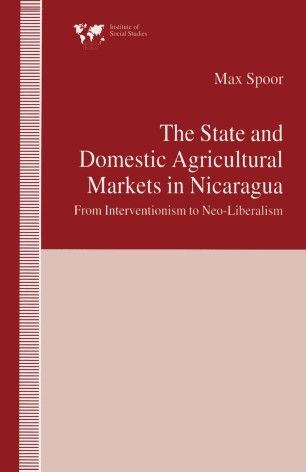 The State and Domestic Agricultural Markets in Nicaragua

From Interventionism to Neo-Liberalism

Part of the Institute of Social Studies book series (ISSTH)

The book examines in depth the problematic effects of state intervention in agricultural markets of developing countries against the background of the current transition of interventionism to neo-liberalism. The fascinating case of Nicaragua is explored, focusing on the 1979-1990 interventionist period under Sandinista rule, followed by an analysis of the post-1990 laissez-faire UNO-period. The limits of state intervention are shown by analysing in detail the unintended effects of certain policies such as those on land reform, price, credit and technology. Finally, the book draws comparisons between the Nicaraguan case (in which two transitions took place in a relatively short time-span) and the recent dramatic transformations of Eastern Europe. It provides arguments for a different role for the state in this process, which is directed to market development, rather than the current withdrawal.