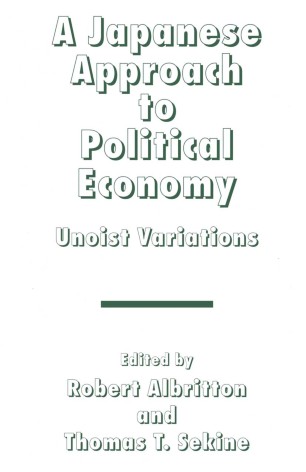 A Japanese Approach to Political Economy

Kozo Uno influenced a whole generation of marxian political economists in post World War II Japan. Thomas Sekine worked closely with Uno in Japan and later came to York University in Toronto, where he introduced Uno's ideas to Canadian scholars. Sekine has significantly enlarged and refined Uno's work, and in the process has influenced scholars in both Japan and Canada. This anthology is a collection of essays in marxian political economy by scholars who have been influenced by Sekine's particular appropriation of Uno's ideas.