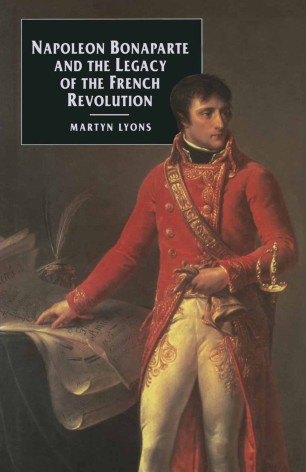 Napoleon Bonaparte and the Legacy of the French Revolution

The Napoleonic period cannot be interpreted as a single historical 'block'. Bonaparte had many different persona: the Jacobin, the Republican, the reformer of the Consulate, the consolidator of the Empire and the 'liberal' of the Hundred Days. The emphasis here will be on Napoleon as the heir and executor of the French Revolution, rather than on his role as the liquidator of revolutionary ideals. Napoleon will be seen as part of the Revolution, preserving its social gains, and consecrating the triumph of the bourgeoisie. The book will steer away from the personal and heroic interpretation of the period. Instead of seeing the era in terms of a single man, the study will explore developments in French society and the economy, giving due weight to recent research on the demographic and social history of the period 1800-1815.