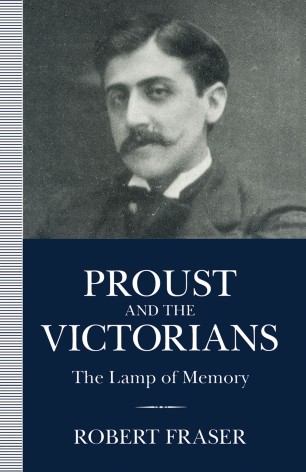 Proust and the Victorians

The Lamp of Memory

In 1899 Marcel Proust read a translation of Ruskin's The Lamp of Memory in a Belgian magazine. Fourteen years later he back-projected the experience onto the narrator of Du cote de chez Swann who describes himself as a boy reading the self-same piece in the garden at Combray. In between lay a period of intermittent enthusiasm for Victorian writing: a period which saw the refurbishment of Proust's method and a fundamental rethinking of his views. Much of this reassessment was achieved in relation to English writers whom Proust adopted, absorbed and then as often as not discarded. The end result was to enable him to pass from one aesthetic to another. It is the contention of this book that the clue to this process can be found not only in Proust's evolving views on memory and time but also in his progression through a three-fold typology of form: from 'mimetic form' (art-imitating-the-real) through 'mnemonic form' (art-imitating-memory) to 'abstract form' (art-imitating-itself). The progress from one to another is illustrated through Proust's reactions to Carlyle, Darwin, Emerson, Ruskin, George Eliot, Hardy, Stevenson, Wells and Wilde. There is also a chapter on the connection in Proust's mind between literary and art criticism and his delayed response to the Ruskin-Whistler trial of 1878. A final chapter relates these matters to the current debate as to the parallel between the nineteenth century fin-de-siecle and our own.