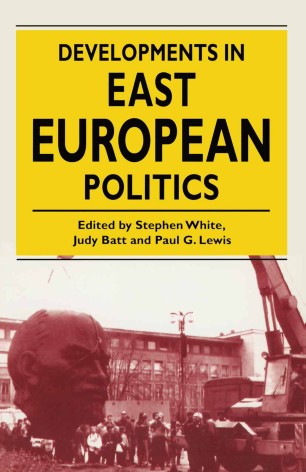 Eastern Europe is changing dramatically. Communist governments have been replaced, economies are being privatised, older nationalisms are reawakening. Developments in Eastern European Politics provides an analytic guide to the politics of transition, including both country studies and more broadly comparative discussions of leaderships and parties, movements and market reforms, social welfare and international politics. Detailed, up to date and authoritative, this will become the first-choice guide to the politics of the new Eastern Europe.