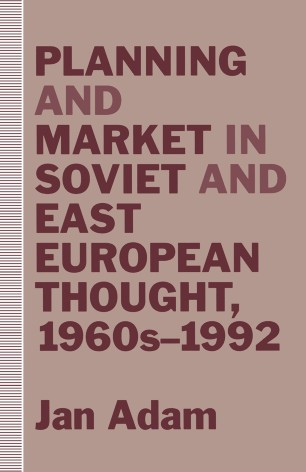 Planning and Market in Soviet and East European Thought, 1960s–1992

This book discusses the evolution of ideas about the desirable combination of planning and market in the former Soviet Union, Poland, Czechoslovakia and Hungary since the 1960s, when major economic reforms started, up to 1991 when the countries have been engaged in a transformation of their economies into market economies. It also discusses the common and contrasting features of the debates which evolved in the countries under review.