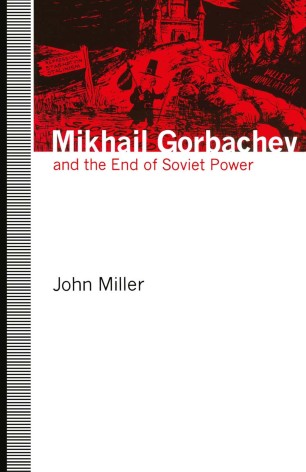 Mikhail Gorbachev and the End of Soviet Power

One of the first studies of the full career of M S Gorbachev as Soviet leader, this book traces his seven-year struggle to reform the Soviet system and his failure to preserve it. Mr Miller analyses characteristics of Gorbachev that puzzled the West - his reformist gradualism, his relationship to the Communist party, his attitudes to communism, revolution, democracy and nationalism - and explores their role in the collapse of Soviet power.