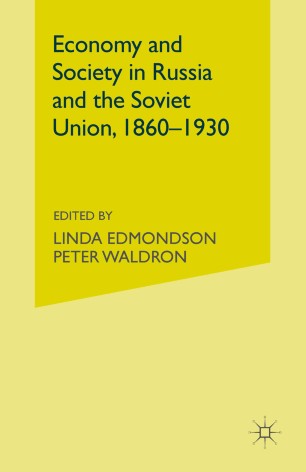 This is a volume of essays exploring important themes in the economic and social history of Russia and the Soviet Union during the critical period between 1860 and 1930. It covers developments in agriculture, industry, trade, economic theory, defence policy and the social impact of revolution. The essays are written by well-established specialists in Russian and Soviet economic and social history and are intended as a tribute to the work of the highly-esteemed economic historian Olga Crisp.