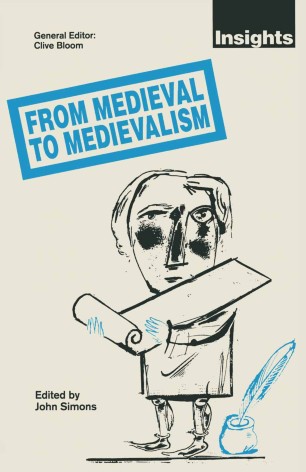 From Medieval to Medievalism

Part of the Insights book series

The book surveys medieval literature from both a critical and an historical standpoint. Medieval literature is increasingly seen as an area of intense specialism which is to be treated differently from other areas of English Studies. The essays collected here try to overturn this perception in two ways. Firstly, there is a demonstration of the ways in which modern critical approaches and perspectives work with the medieval text. Secondly, the idea of the medieval is shown, historically, to be a discourse which has been given different symbolic values and served different social purposes.