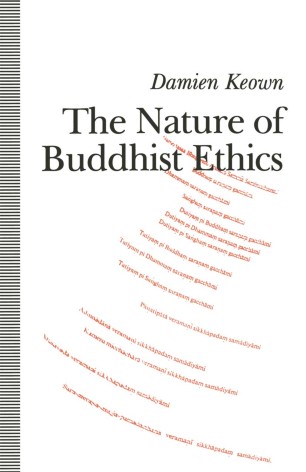 The Nature of Buddhist Ethics

In this book the author considers data from both early and later schools of Buddhism in an attempt to provide an overall characterization of the structure of Buddhist ethics. The importance of ethics in the Buddha's teachings is widely acknowledged, but the pursuit of ethical ideals has up to now been widely held to be secondary to the attainment of knowledge. Drawing on the Aristotelian tradition of ethics the author argues against this intellectualization of Buddhism and in favour of a new understanding of the tradition in terms of which ethics plays an absolutely central role. In the course of this reassessment many basic concepts such as karma, nirvana, and the Eightfold Path, are reviewed and presented in a fresh light. The book will be of interest to readers with a background in either Buddhist studies or comparative religious ethics.