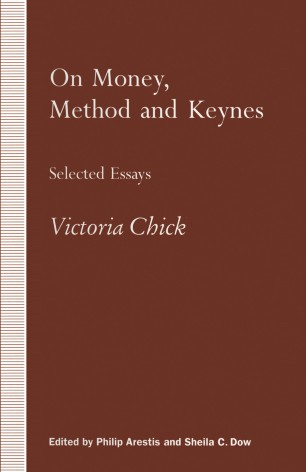 On Money, Method and Keynes

In these twelve essays, spanning fifteen years, Victoria Chick develops a distinctive view of macroeconomics (especially the economics of Keynes) and monetary theory. By careful and rigorous analysis in which nothing is taken for granted, she uncovers the implicit assumptions of economic theory and argues, in a variety of contexts, that differences of economic method and the influence of the stylised facts are decisive forces, both in the construction of theories and in appraising their contemporary relevance.