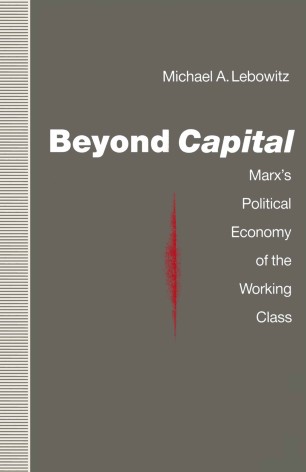 Marxism has long been accused of economic determinism, reductionism and a silence on human experience. Beyond Capital argues that these problems can be traced back to Marx's failure to write his planned book on Wage-Labour. Added to this the subsequent ignorance of Marx's method, the result has been an inaccurate presentation of Marxian. Rather than rejecting Marx, Beyond Capital argues that his 'political economy of the working class' and the process of struggle are central for going beyond capitalism.