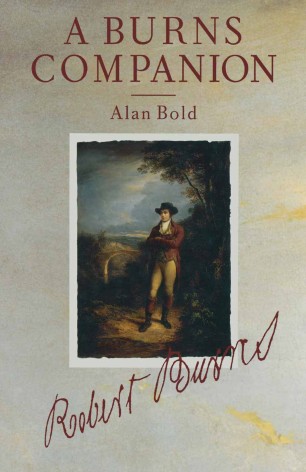 This Companion, designed as an authoritative biographical and critical guide to Burns, is in six sections. Part I places Burns in context with a Chronology, 'The Burns Circle' and a Topography. Part II looks at the Burnsian issues of religion, politics, philosophy, drink, drama and sex. Part III an essay on Burns as a poetic phenomenon, is sure to provoke debate about the relevance of Burns to his time and ours. Part IV examines twenty-five poems, eighteen verse epistles and twenty-six songs as well as commenting on the letters, political ballads and Common Place Books. A Select Bibliography (Part V) and four Appendixes (Part VI) are followed by a glossary of Scots words, and index of poems and a general index.