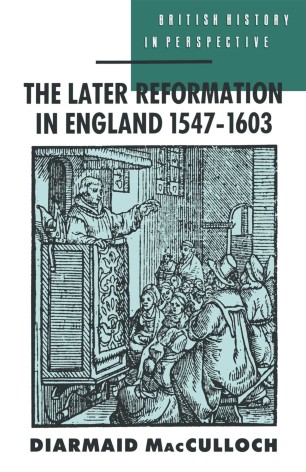 This book provides an introduction to the latest research on the English Reformation from Edward VI's accession to the death of Elizabeth I. It highlights the difference between the official Reformation - what those in power wanted to happen - and the actual impact on clergy and people throughout the nation, including those Catholics and Protestants whom the official Elizabethan settlement ultimately failed to satisfy or include. It describes the growth of barriers between a world of literate, articulate religion and patterns of illiterate belief and magical practice; it assesses the ambiguities, the failures and the achievements of late Tudor religious structures.