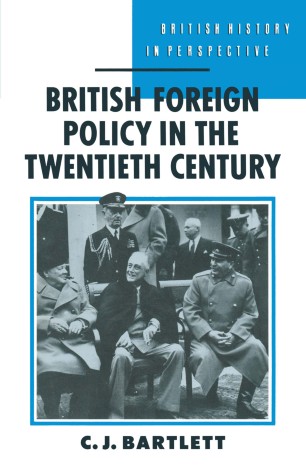 This is an analysis of the main decisions and turning points in British foreign policy in this century, and of the scholarly controversies which these provoked. Although some historians argue that Britain's declining power and reluctance to adapt to new challenges largely predetermined the policies pursued, many insist that it was not inevitable that Britain should have chosen to draw closer to France and Russia before 1914, have followed the disastrous path of appeasement before 1939, or have failed to enter the EEC until the 1970s.