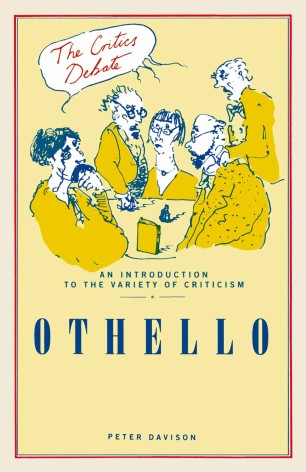 Part of the The Critics Debate book series (TCD)

Even productions of Othello based on very different conceptions of the play can prove successful ad deeply moving. Among critics, however, Othello has roused furous critical disagreement, remarkable for the degree of animosity exposed. After an Introduction in which the problems of analysing this play are outlined, Peter Davison considers six critical approaches to Othello: Genre, Historical and Social, Dramatic Convention and Decorum, Character and Psychological, the Play as Dramatic Poem, and Archetypal Criticism. In the second part of this study, Professor Davison offers his own, contextual approach. He takes into account the historical and social context in which the play was written, the context of the play in performance, and the context in which contemporary audiences see and read Othello. He also provides a guide for further reading.