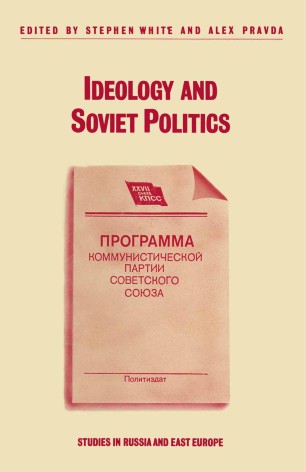 The official ideology of Marxism-Leninism is central to Soviet politics and yet its development in recent years has received very little scholarly attention. In this book a group of leading specialists drawn from both sides of the Atlantic advance decisively upon all earlier discussions of this subject to provide both an authoritative and detailed picture of the development of official ideology from the early years up to Gorbachev's 1986 Party Programme, as well as a consideration of the changing role of ideology in Soviet foreign and domestic policy-making. The book will be required reading for all students of Soviet and communist politics; it should also be of interest to a wider non-specialist audience.