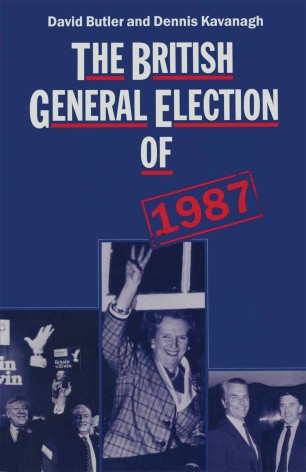 The British General Election of 1987

The 1987 election, which returned Mrs Thatcher for a record-breaking third term, was notable for a new level of campaigning professionalism. This book, the thirteenth in a series that has covered every election since the Second World War, examines in detail the nature of the Conservative victory, with its roots in recent history and social changes, but depending to the end on argument and presentation. The authors explore the way in which the party system adapted itself to and blunted the renewed Alliance challenge; the way in which the Labour party picked itself up from the disaster of 1983 to put on a brilliant but ultimately unsuccessful campaign; and the way in which Mrs Thatcher steered herself and her party back onto a winning course after the Westland disaster. The book describes how the Labour party adopted a modern communications strategy to promote Mr Kinnock and it examines the secret battle for control of the Conservative campaign between different groups and advertising agencies. The authors have been given exceptional access to persons and papers.