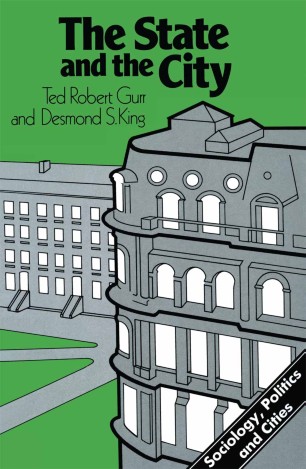 The State and the City

Part of the Sociology, Politics and Cities book series (SOPC)

The State and the City presents a general theoretical argument about the nature, structure and interests of the state and traces the evolution of the Western state's interests in the viability of cities. It further examines the nature of local states and the extent to which they are autonomous from the national state and from private economic interests. The evidence of this study demonstrates that those who hold and use state power can allow the fate of cities to be determined mainly in the private economy, but that is a matter of public choice rather than iron necessity. '...an important and stimulating book.' Michael Goldsmith, University of Salford '...a very useful and stimulating contribution to an important debate.' Environmental and Planning