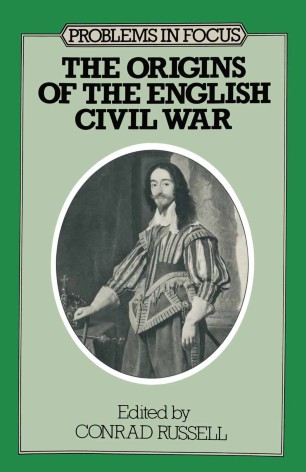 The Origins of the English Civil War

Part of the Problems in Focus Series book series (PFS)

This volume in the 'Problems in Focus' series provides a concise summary of arguments about the causes of the English Civil War, and of the present state of historical research in this field.

The nine contributors, experts in the subject they write on, cover such issues as: whether there was any economic clash between the two sides in the Civil War; whether they represented two conflicting cultures; whether the issues involved were European or purely English; whether there is any connection between Puritanism and revolution; and what was involved in the fear of Popery. In many areas this integrated collection of original studies breaks new ground, and brings the student up to date with current research, much of it published here for the first time. It concentrates on central themes of debate for which clarification is most useful to students. Though primarily intended for historians, its treatment of social and cultural factors makes it useful to interdisciplinary studies and to students of literature and society in the seventeenth century.