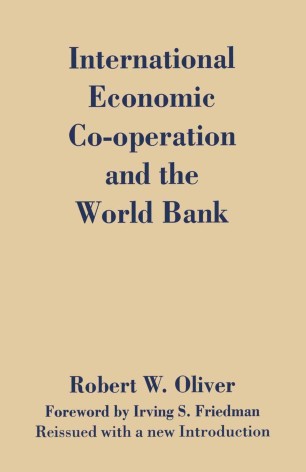 On December 14, 1945, the House of Commons voted 314 to 50 to ratify the Agreements negotiated at Bretton Woods, New Hampshire, nearly a year and a half earlier. Lord Keynes had returned from Washington to defend the Fund and the Bank, of which he and Harry White were the principal authors, as well as to justify an American loan to Britain - following President Harry S. Truman's abrupt postwar decision to terminate all land-lease assistance to its wartime allies, an event which induced the Conservative MP Robert Boothby, to declare: 'This is our economic Munich'. Today, fifty years later, virtually all the governments of the world have become members, and the capital subscriptions have increased many fold. But questions have arisen. Perhaps the Fund and the Bank should be merged. Some argue that fifty years are enough, at least for the Bank. Others believe that, while expansion should continue, the emphasis should be redirected toward the alleviation of poverty in Africa and southern Asia. This is an account of the historic events of the interwar years and after. It is also a story about the liberal philosophies of the political economists, primarily British and American, who produced two of the great international institutions of our time.