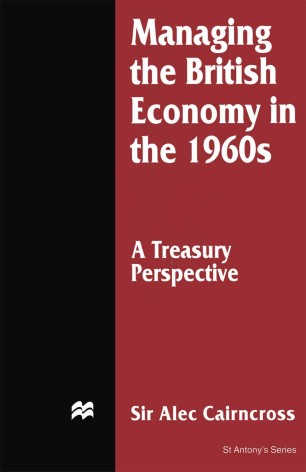 Managing the British Economy in the 1960s

In Managing the British Economy in the 1960s Sir Alec Cairncross, who was Economic Adviser to HMG in 1961-64 and Head of the newly-created Government Economic Service in 1964-69, tells the inside story of the making of economic policy under four Chancellors of the Exchequer between 1960 and 1970, first under a Conservative government then under a Labour government. He describes how the Treasury dealt with a whole succession of crises and experimented with many new departures of policy over the decade: for example, the efforts to engage in long-term planning, form a workable incomes policy, make use of new taxes for new purposes and enter the European Community. In parallel with the 1990s, the story is dominated by the effort to avoid devaluation followed by the struggle to make it work and keep the pound from sliding further.