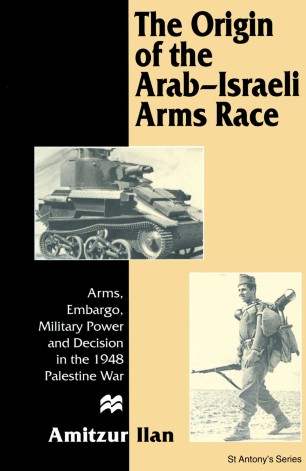 The Origin of the Arab-Israeli Arms Race

Arms, Embargo, Military Power and Decision in the 1948 Palestine War

A re-examination of the 1948 Palestine war. Defining four junctures in which this war was decided it checks the real, not formal, Orders of Battles on both sides at these junctures, and points out the immense impact the UN arms embargo had on the decline of the military capability of the Arabs and the Israelis, and at the same time depicts the relative advantage it created in Israel's favour. This study is based on research in American, British, Israeli, Arab and Czech military and diplomatic documents.