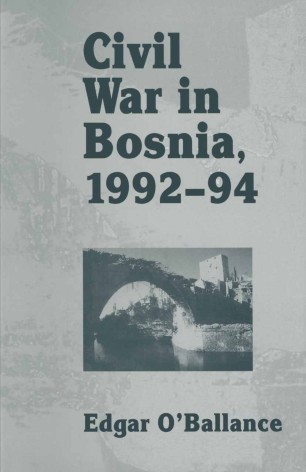 The Muslim President of Bosnia battled for almost two years in a 'war the West could not stop', against Serb and Croat separatism, to preserve its entity, saving its sovereignty, but losing half his territory. Western rivalries and changes of policy, endless negotiations, broken promises and cease-fires, and ethnic cleansing on a barbaric scale, with the appearance of concentration camps and atrocities, were the hallmarks of the conflict, of seige, bombardment and starvation, with semi-independent war-loards confiscating a proportion of UN and other food aid for themselves. Rival American and Russian initiatives in March 1994, brought about a cease-fire in Sarajevo, which had been constantly under the television spotlight while being bombarded for almost two years, which it was hoped would spread to other parts of Bosnia in media darkness. Ethnic forward battle lines may become new frontiers.