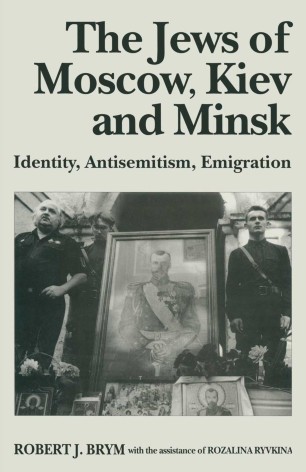 The Jews of Moscow, Kiev and Minsk

The persecution and flight of Jews from the former Soviet Union have been in the news for 25 years yet surprisingly little exact information is available on them. Various parties have offered widely differing assessments of how many Jews live in the region, how persecuted they are, how strongly they identify as Jews, their prospects for cultural revival, how likely it is that those who remain will soon leave, and the probable destinations of those who emigrate. This book sheds light on all these questions. It is based on the first survey of a large, representative sample of CIS Jews, conducted in 1993 in Moscow, Kiev and Minsk by acknowledged Western and Russian experts. Many of its findings are surprising. It is the definitive sociological study of Jews in the Slavic republics of the CIS to date.