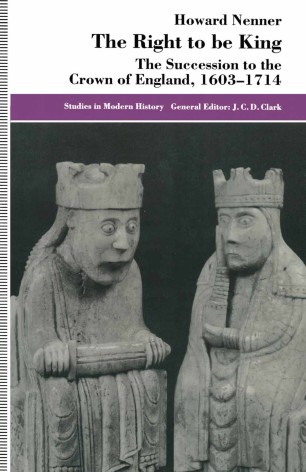 The Right to be King

This book examines the theory and practice of the English monarchical succession from the end of Elizabeth's reign to the accession of George I. Tracing the transition from an uncertain rule to a crown in the disposal of parliament, Nenner focuses on the major routes to the throne over the long seventeenth century: hereditary right, conquest, and election. It is a study of the competing principles of parliamentary sovereignty and fundamental law, and the ways in which tension between dynastic expectations and national needs were addressed and resolved.