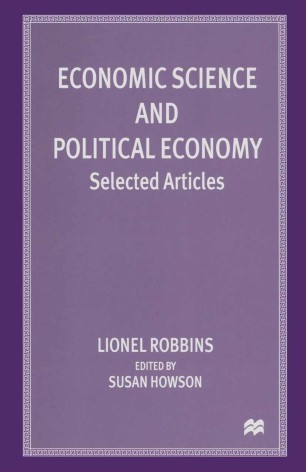 Lionel Robbins, Professor of Economics at the London School of Economics, 1929-61, was the foremost British economist of his generation as well as being an influential public figure. Although he wrote many articles and books on economic theory, on contemporary issues of economic policy and in the history of economics, many of his academic articles, especially his early ones, have not been reprinted. This volume contains a selection of his major and most influential articles, in theory, policy and history.