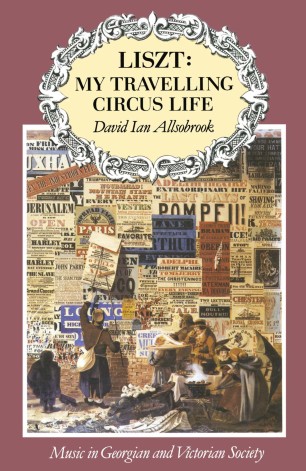 Liszt, a dominant figure in the Romantic movement, has lately been the subject of a number of scholarly studies. However, many aspects of his intermittent relationship with Britain and with a largely philistine British public have necessarily been overlooked in earlier depictions of the broad sweep of his life. Here Dr Allsobrook brings together, for the first time, and in fascinating and varied detail, the story of Liszt's encounters with the English provinces, Scotland and Ireland during the two long tours he made in 1840 and 1841. Using extracts and charming line drawings from the diaries of John Parry, and from Liszt's letters home, the narrative is set in a rich social context.