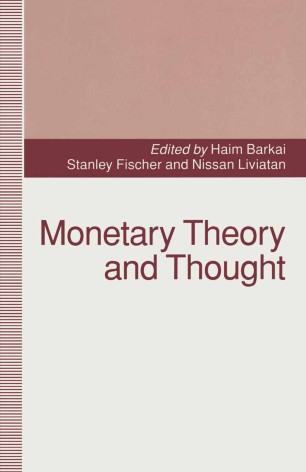 Essays in Honour of Don Patinkin

Don Patinkin's pioneering work, integrating monetary and value theory in a Walrasian general equilibrium context anticipated by almost two decades the line of research which attempts to recast macroeconomics by reference to its microeconomic foundations. The notion of an integrated set of markets offered intuitive perception of intermarket linkages. At the same time it highlighted some of the pitfalls of traditional neoclassical monetary analysis, such as the erroneous imputation of unitary elasticity to the demand curve for money. Patinkin's presentation of general equilibrium illuminated the difficulty in upholding the Keynesian notion of underemployment equilibrium. His insightful efforts to understand behaviour in labour markets in disequilibrium led him to provide the first well worked out example of the powerful implications of disequilibrium and thereby to lay the foundations for the disequilibrium analysis of the 1970s.