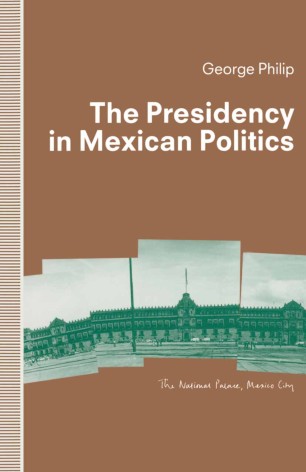 The Presidency in Mexican Politics

A study of the relationship between the presidential power in Mexico and of key societal groups. This text examines how this has developed since the 1960s. Other titles in this series include "Gender, Culture and Empire", "Black Writers From South Africa" and "Kabuki in Modern Japan".