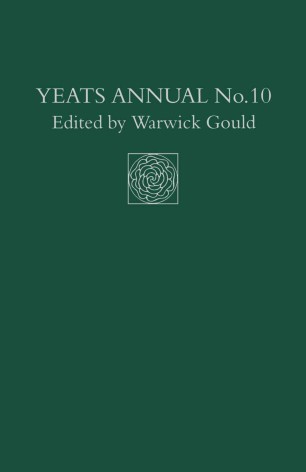 Part of the Yeats Annual book series (YA)

Yeats Annual No. 10 finds new thresholds and margins in Yeats's thought and work. It concentrates upon his plays, his occult concerns with spiritualism and the Irish belief in an otherworld, and closely examines certain aspects of his textual state and the borders of his canon. 'The admirable Yeats Annual ... a powerful base of biographical and textual knowledge. Since 1982 the vade mecum of ... Yeats ... full of interest'. Bernard O'Donoghue, The Times Literary Supplement