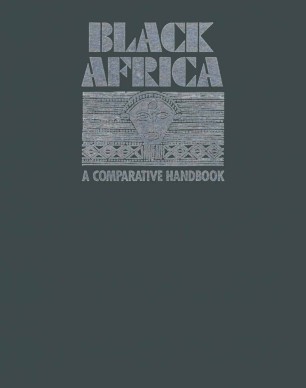 Black Africa presents political, economic and social data for 41 black African nations. The first edition was published in 1972 and included only data on 32 countries - which was the total number of independent African nations at that time. Enlarging on the first edition, this second edition covers in detail important aspects of the countries included, from demography to political development and social mobilization to a modern comparative analysis of African states. Black Africa is a complete and comprehensive handbook. The first edition of Black Africa won a Book of the Year Award from the American Library Association.