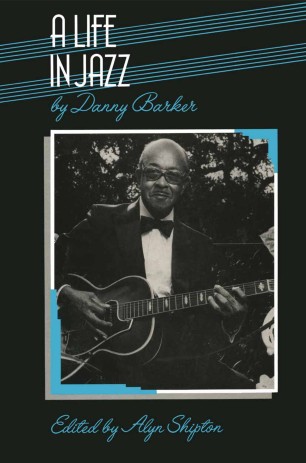 A Life in Jazz

As a musician who grew up in New Orleans, and later worked in New York with the major swing orchestras of Lucky Millinder and Cab Calloway, Barker is uniquely placed to give an authoritative but personal view of jazz history. In this book he discusses his life in music, from the children's 'spasm' bands of the seventh ward of New Orleans, through the experience of brass bands and jazz funerals involving his grandfather, Isidore Barbarin, to his early days on the road with the blues singer Little Brother Montgomery. Later he goes on to discuss New York, and the jazz scene he found there in 1930. His work with Jelly Roll Morton, as well as the lesser-known bands of Fess Williams and Albert Nicholas, is covered before a full account of his years with Millinder, Benny Carter and Calloway, including a description of Dizzy Gillespie's impact on jazz, is given. The final chapters discuss Barker's career from the late 1940s. Starting with the New York dixieland scene at Ryan's and Condon's he talks of his work with Wilbur de Paris, James P. Johnson and This is Jazz, before discussing his return to New Orleans and New Orleans Jazz Museum. A collection of Barker's photographs,