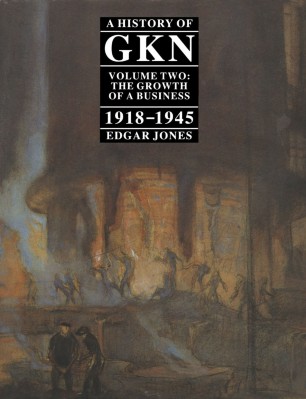 A History of GKN

This history of GKN (formerly Guest, Keen & Nettlefolds) shows the dramatic changes which occurred to the group in the 25 years following the end of the first world war. It describes the merger with the steelmakers, John Lysaght, the development by acquisition of its fastener interests and the extension of the business into Australia and India. With the rise of H.Seymour Berry, Lord Buckland and Sir David Llewellyn to the highest ranks of its management, a new strategy for growth was implemented: the takeover of major collieries in South Wales and associated sales and marketing companies. Undertaken in the harsh competitive twenties, the plan foundered on the slump. The thirties saw GKN divest itself of its coal and heavy steel interests to bring the focus back to light engineering in the Midlands. A return to sound profits was interrupted by the Second World War which caused disruption as the group was called upon to manufacture munitions and machinery demanded by the armed forces. Using internal company records, this business history reveals strategic policy decisions, demonstrates the sources of income and assesses the strengths of the management and contribution of the workforce.