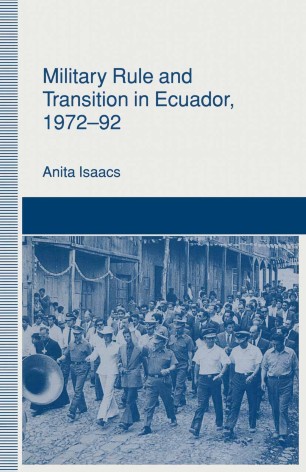 Military Rule and Transition in Ecuador, 1972–92

Interprets the Ecuadorian transition to civilian rule following a prolonged period of military dictatorship (1972-79), and assesses the difficulties posed by efforts to consolidate democracy during the decade that followed. It focuses on civilian opposition to the policies of the regime.