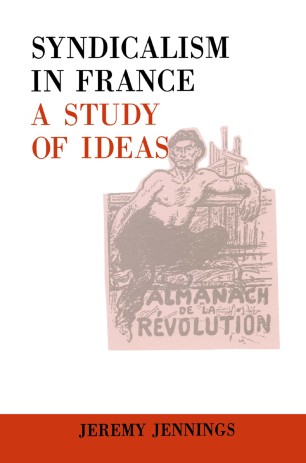 A Study of Ideas

An examination of syndicalist ideas in France from the 19th century until the 1960s. It looks at two groups of people: the militants who created and led the syndicalist movement at its height and the intellectuals who in the first decade of the 20th century outlined a distinct syndicalist ideology.