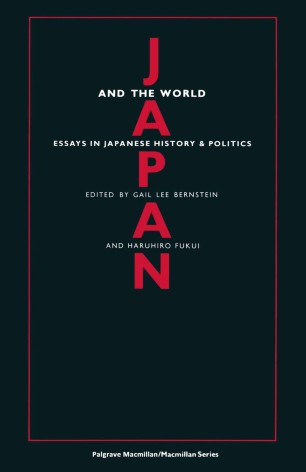 Japan and the World

Essays on Japanese History and Politics in Honour of Ishida Takeshi

This volume focuses on Japan over the last one hundred years, with special emphasis on the twentieth century and the contemporary period. Chapters on cultural, intellectual and economic history, domestic politics and foreign relations trace the complex and multi-faceted process through which Japan has been transformed from an isolated agricultural society to an economic world power and model for the other developing nations. The authors demonstrate the adaptibility of Japan's native tradition in its encounter with the world beyond its own shores, and show how many aspects of traditional Japanese culture and society have been transformed while others have survived, giving contemporary Japan that distinctive flavour of an old insular culture which continues to delight and baffle foreign and native scholars alike.