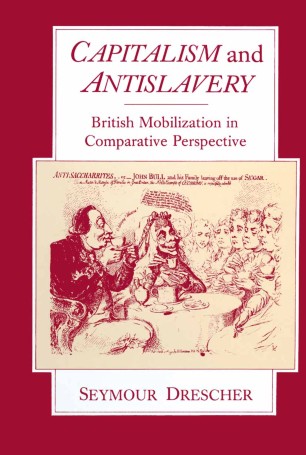 Three hundred years ago Britain was what she is again, a mid-sized island off the coast of Eurasia. Between then and now she became the centre of a world economy. And just midway upon this imperial passage the people of the Empire, free Britons and colonial slaves, secured the destruction of slavery and hastened its demise throughout the world. Those who were part of Britain's Atlantic economy but free of direct economic dependency were the most effective agents in that process. The great novelty of this process therefore lay in the fact that for the first time in history the nonslave masses, including working men and women, played a direct and decisive role in bringing chattel slavery to an end. Seymour Drescher's study focuses attention on the period when popular pressure was effectively deployed as a means of altering national policy, and at those fault-lines in British society which seem to have partly determined the timing and intensity of abolition.