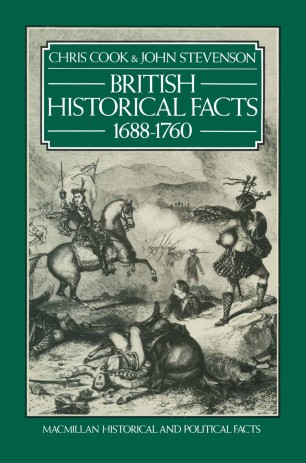 The latest volume in this series covers the period in British history from the Glorious Revolution of 1688 to the accession of George III in 1760. Chapters are included on administration, ministerial biographies, Parliament, defence and treaties, and the expansion of the Empire.