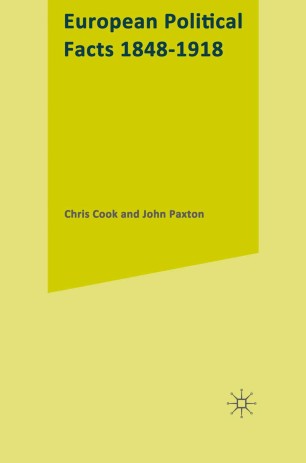 In compiling this volume the editors have aimed to gather together, in one volume, as many of the important political facts as possible for a critical period of European history. In addition this book has also been designed as a companion volume to the existing European Political Facts 1918-1973 and to the forthcoming European Political Facts 1789-1848. Once again the editors have taken all the countries of Europe, from Portugal and Spain to Tsarist Russia and the Ottoman Empire ✅