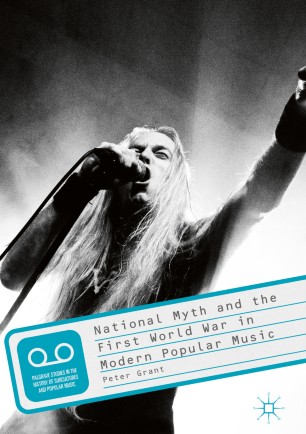 This book looks at the role of popular music in constructing the myth of the First World War. Since the late 1950s over 1,500 popular songs from more than forty countries have been recorded that draw inspiration from the War. National Myth and the First World War in Modern Popular Music takes an inter-disciplinary approach that locates popular music within the framework of ‘memory studies’ and analyses how songwriters are influenced by their country’s ‘national myths’. How does popular music help form memory and remembrance of such an event? Why do some songwriters stick rigidly to culturally dominant forms of memory whereas others seek an oppositional or transnational perspective? The huge range of musical examples include the great chansonniers Jacques Brel and Georges Brassens; folk maestros including Al Stewart and Eric Bogle; the socially aware rock of The Kinks and Pink Floyd; metal legends Iron Maiden and Bolt Thrower and female iconoclasts Diamanda Galás and PJ Harvey.

Peter Grant is Senior Lecturer at City University London, UK. His previous books include Philanthropy and Voluntary Action in the First World War and The Business of Giving. He is a Fellow of the Royal Historical Society, a trustee of the Amy Winehouse Foundation and President of Kennington Cricket Club.

“This book has been extensively researched and analytically is informed and astute. It is a valuable addition to both memory studies and music studies.” (European Journal of Communication, Vol. 33 (2), April, 2018)
Buy options