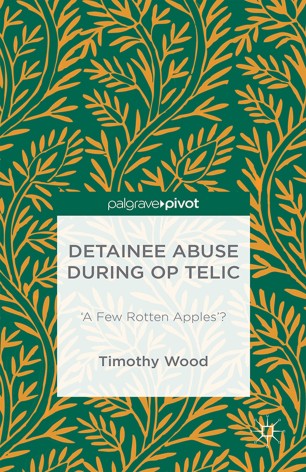 This book reviews the nature of the alleged abuse committed by the UK military forces, exploring the legal paradigm in which the abuse allegedly occurred; the morality of those accused; and the robustness of the accusation of a 'policy of abuse'.

Group Captain Tim Wood LLM MA RAF (retired) is a Senior Lecturer at the Centre for Defence and Security Studies, Massey University, New Zealand. While in the RAF, he deployed to Iraq and Afghanistan as the legal adviser to the Commander. His final RAF post was with the Iraq Historic Allegations Prosecution Team.